I have the below relationship between my nodes: 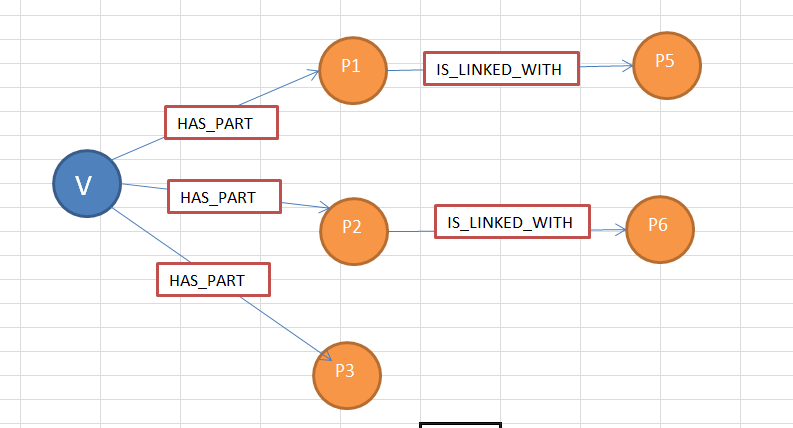 I am trying to write a cypher query to get all the parts in a vehicle. However, I want to paginate the results and also want to order the parts ordered by the creation date (part created recently is returned first)

Below is my query:

I sometimes get result size greater than 1. Also I am not sure how to order the returned Part by creation date (Part node has creationDate property set when it is created).

Any help would be highly appreciated. Thanks.

Data can be create as follows: