I am using Windows 10 Pro and my DELL monitor comes with a USB hub, which is essential for touch-screen functionality, but it also allows us to use the additional USB port on side of the monitor, for example, to insert USB flash drive or any other USB devices.

Everything works fine, but this USB hub is listed in the list of ejectable USB devices, which I don't like. 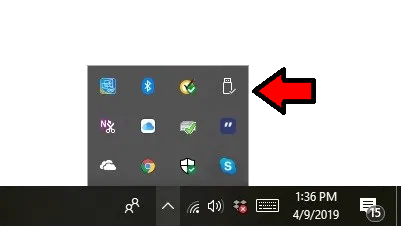 How can I delist some particular USB devices from this list? I don't want to have it there, because it is confusing. If I use USB flash drive and when I go to this menu to eject my flash drive, many times I accidentally remove my DELL USB hub. Is there a way to remove selected devices from this eject list?