How to always justify the currency symbol on the left and the figure on the right in html?

Currently I have this rendered HTML table (in dark mode):- 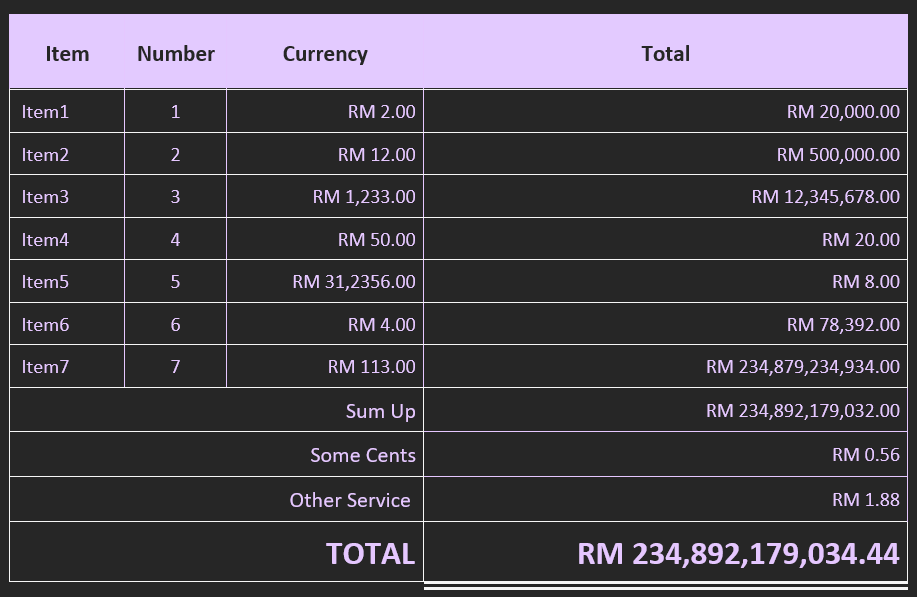 As you can see each data in column "Currency" and "Total" has the RM currency symbol which always 1 space before the figures. What I want to achieve now is to have both columns being formatted that would display like below in html email body :- 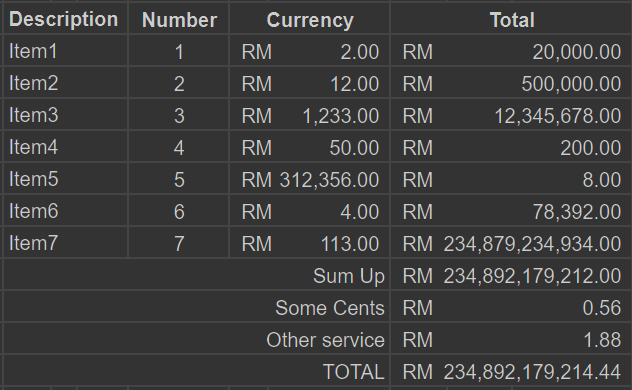 I have tried using div as answered in Right align and left align text in same HTML table cell. Below is the html code I've tried so far:-

But I noticed this method has caused the display font overall shrinks way too much because it tries to retain a far gap between the currency symbol and the figure even after I have strictly set the width for div with RM is just 8px. I want it to be flexible, just like how we can see it when we apply this type of formatting in gsheet.Is this even possible? Thanks.