How can I plot cubes in R?

Can you please help me understand this methodology called "Bambachian Mega Guild" (Bambach et al., 2007). This methodology tries to locate the Tiering, Feeding and Motility variables of the species according to the percentage of their appearance within a 3D cube. I want to try to understand which package to use to make this plot in R, since the truth is that I am not very clear about how to design these cubes as you can see them in the attached image. 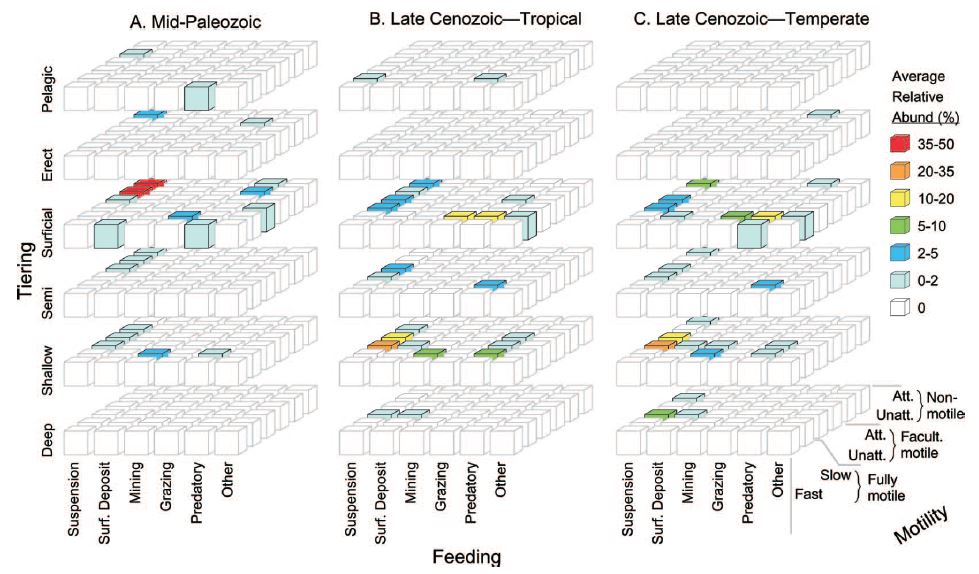