I imported an airplane model (.CATProduct) to Solidworks. Now I want to delete some unnecessary components from the model. However, even if I right-click the model, I cannot find a delete button. How can I delete a component? 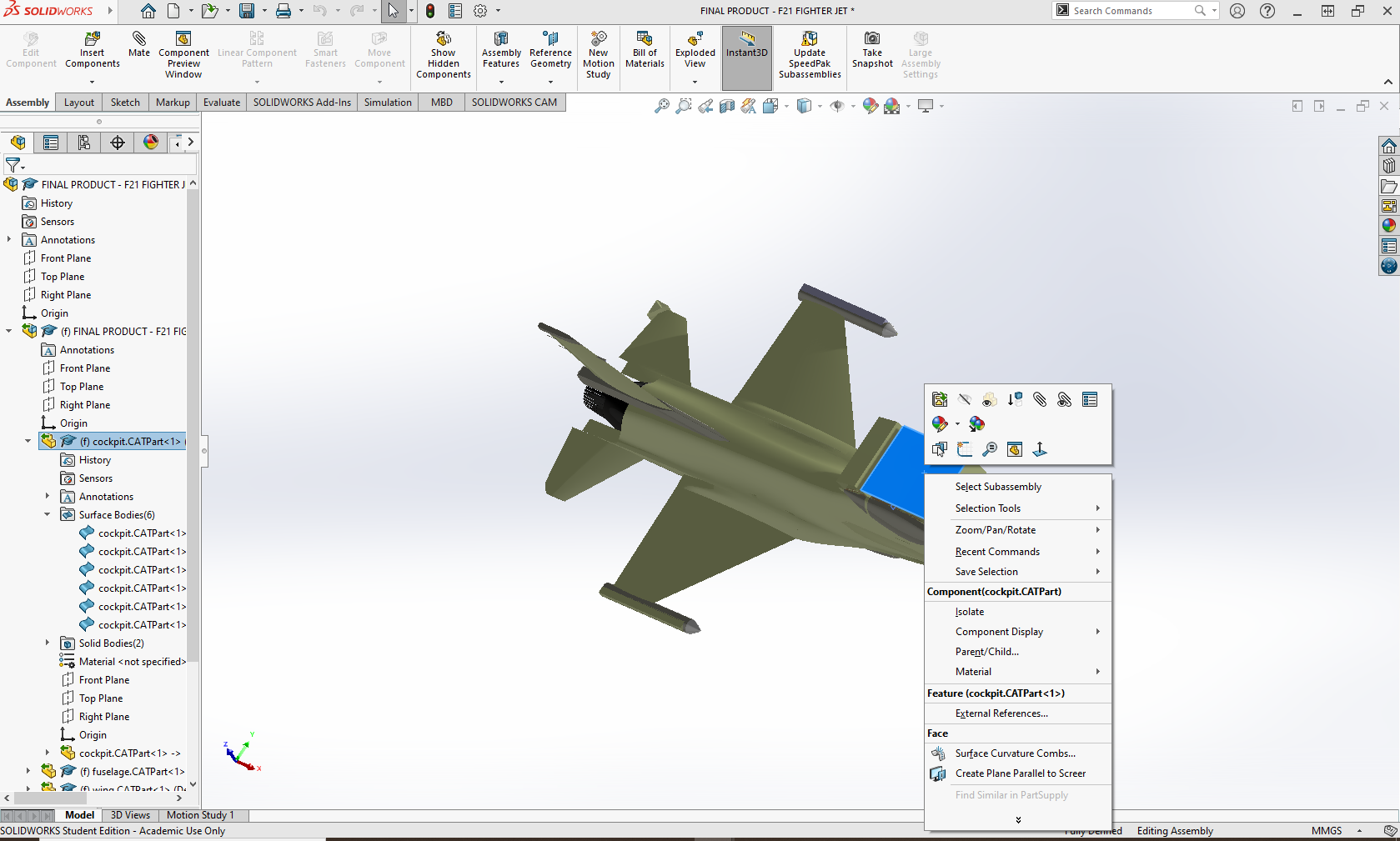