I have a react application uploaded on S3 and node application on Lambda which has endpoints available for only authenticated users. Authentication on React app is done by Cognito, I have hardcoded Google Sign in button. After authentication, user is redirected to S3 endpoint(/Code) which gets the code=... from URL, sends it using Axios to specific Lambda endpoint. From Lambda side when it receives code it gets token from /oauth2/token and sends it back to S3, which sets it as a cookie using universal-cookie package. After this S3 sends every request to Lambda using {credentials: true}

But it's not forwarded to S3, I see a request that is sent to Lambda:

Which doesn't contain the cookie. I changed Cloudfront behaviour: 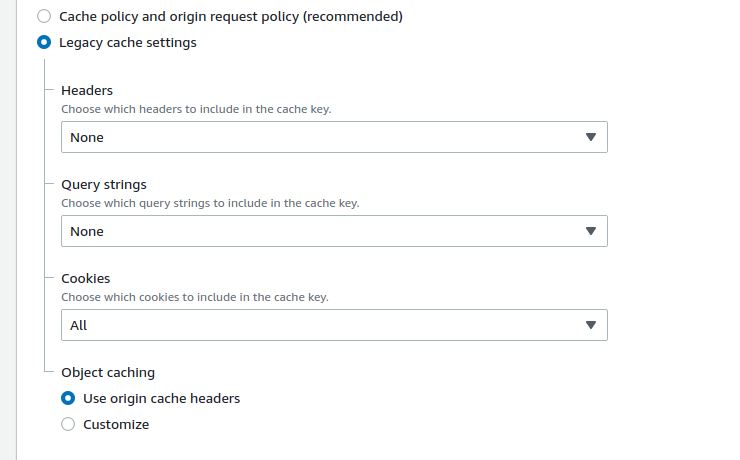 But it didn't help. I'm missing some knowledge in Cloudfront. Should I set some other option to forward Cookies to S3?